It can be tricky choosing a new smartphone to purchase.  The manufacturers of all the big Android handsets, Samsung, OnePlus, Xiaomi, Oppo and more all target their advertising at how great their new handsets are, how much the cameras have improved, and how you’ll really benefit from spending upwards of $1,000 or perhaps much more on a shiny new handset.

But this isn’t always possible for people as it’s a significant amount of money to spend on a single device, and a great many people will simply not be able to afford or justify the expense.  This means waiting until the device is perhaps up to a year old when the prices have dropped, and probably buying a last generation handset.

I’ve written previously about how to check if your current Android handset is supported and up to date with security patches.  Let’s face it, we do everything from banking a mobile payments, to shopping on our phones these days so security is absolutely paramount.  If you are looking for a new handset however, what can you do to ensure you’re getting a handset that will be supported for at least as long as you’re going to want to use it?

Google have a policy of supporting a version of their Android operating system for four years after they are first released.  This can cause problems however as it can take up to one year for handset manufacturers to put the latest version of Android on their new handsets, and if there’s one more year or perhaps more before you can afford to purchase a handset then you could be looking at as little as one year of remaining security support.

There’s also the issue that handset manufacturers, in an effort to push you to buying a shiny new handset and increasing their profits, often don’t like upgrading your phone to a newer version of Android.  This of course comes with four years of support from the time of its release and can significantly extend the support lifecycle of any smartphone.

One of the solutions to this is Google’s Android One programme.  Any manufacturer that signs up to this for their handsets commits to providing at least three years of support for their phones, but crucially also commits to at least two years of updates.  This makes it much more likely a handset will receive an upgrade to a newer version of Android with a longer period of support. 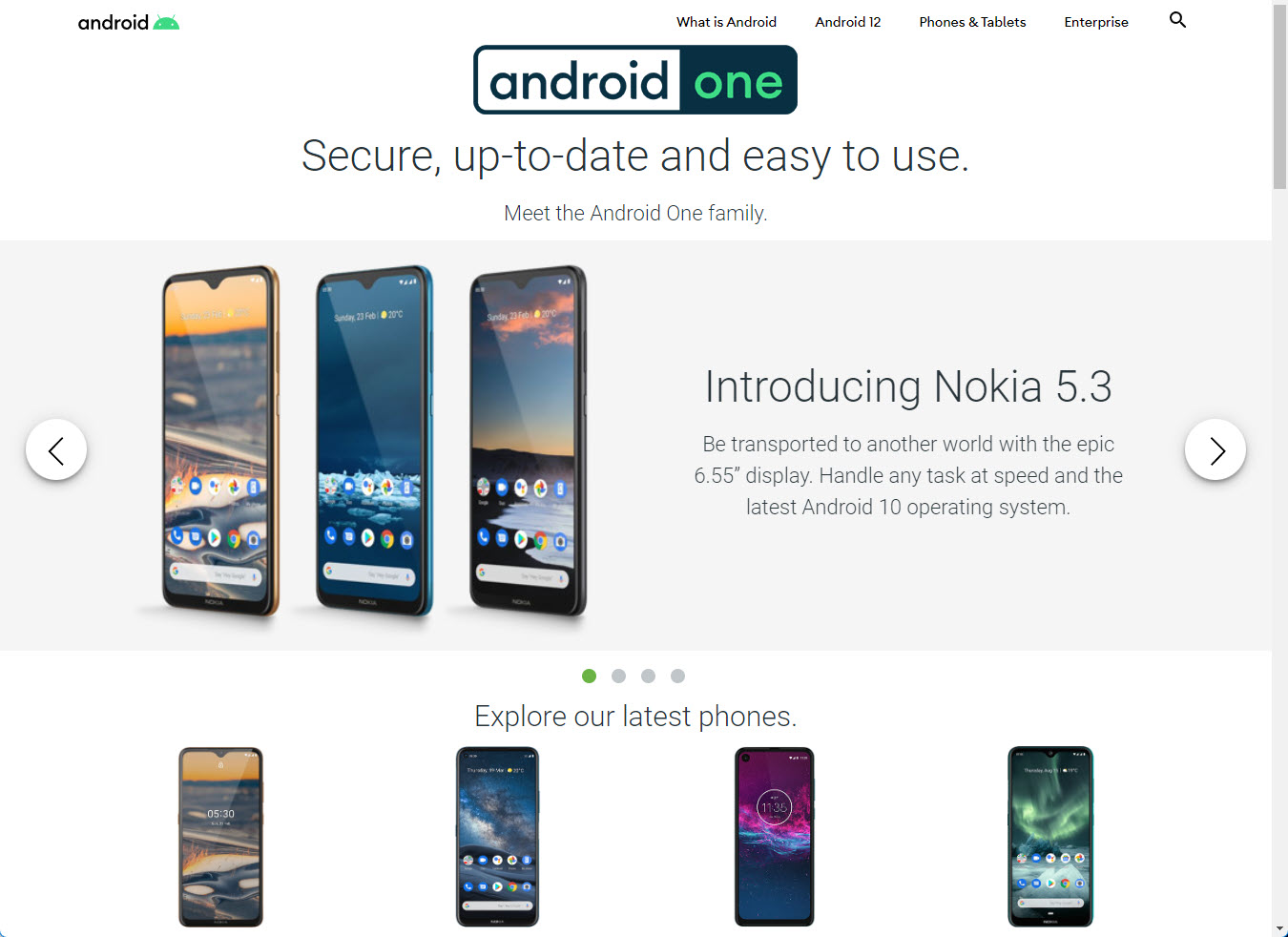 Where to Find Support Information

But what about the other information you might need.  The website endoflife.date comes in useful in this regard.  You can check many hardware and software products on this site including different Android versions.

Remember that Google support an Android version for four years from when it was released.  When you find on the handset manufacturer’s website what version of Android the handset is running, this website will tell you how long it has been in circulation.

There are also some smartphone manufacturers on EndOfLife.date that are listed, so you might find out there how long you are likely to see additional support.  Otherwise a quick search on Wikipedia for the handset will tell you when it was released.  From this information you will also be able to get a good idea of how long it is likely to be supported for,