Why I got Equality and Inclusion Completely Wrong

There is a lot of talk these days about equality, diversity and inclusion.  It’s almost as if a light has come on and the people of the world have suddenly decided this is a subject worth paying attention to.  Alternatively it could be that people are talking about it because they feel it’s an agenda being pushed by those with extreme views.  Either way, and there’s likely truth in both, the subjects of equality, diversity and inclusion are finally on the agenda and being discussed at least in the press and the media on a regular basis.

Where this came from is anybody’s guess really, but I’d say it’s probably a combination of the “Me too” movement, the death of George Floyd, and the arguments happening around the world about gender identity and “what is a woman?”  There are people pushing back at all this from Harry Potter author J. K. Rowling, to Marjorie Taylor Greene in the United States House of Representatives.

I wanted to think. until a few years ago that I was above all of that.  I didn’t see gender, race, sexuality, or disability.  I only saw what a person could achieve and contribute, and how the person treated those around them.  Oh, how wrong I was.

I was at the Microsoft MVP (Most Valuable Professional) Summit in Redmond (WA) at the Microsoft international headquarters, chatting to somebody who lived only a hundred miles or so from me in the UK, you know, as you do when you travel half way around the world.  I explained this to her and, very eloquently and authoritatively, she explained why I was actually making the problem worse,

This friend was Jen Stirrup, a highly skilled data scientist and MVP at the time.  She’d worked, and still works hard to promote equality for women in the workplace, with IT being a field where the number of women in highly-skilled and highly-paid positions still lags far behind where it ought. 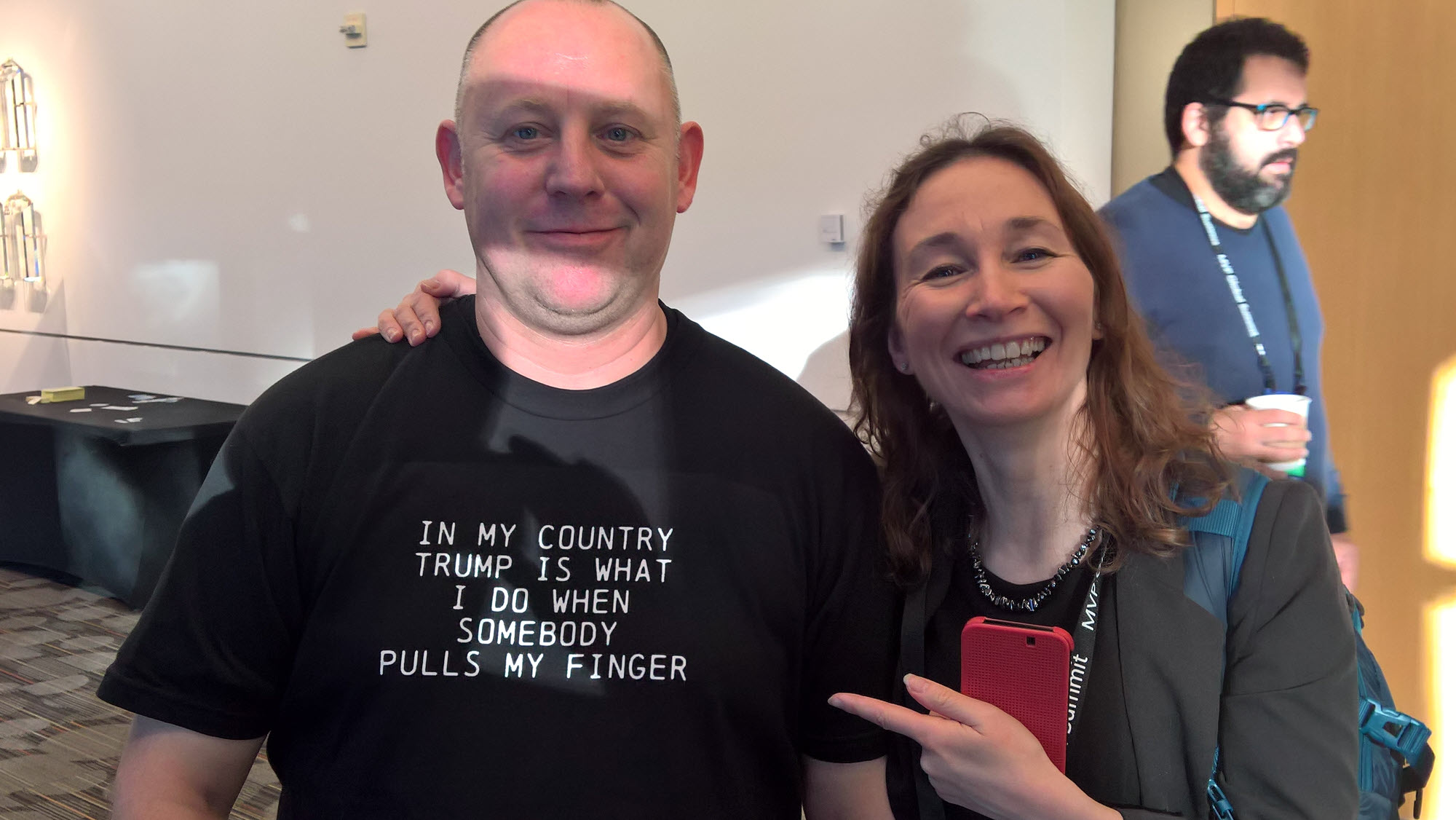 In saying “I don’t see this so it’s not a problem for me”, what I was actually doing was burying my head in the sand and ignoring the fact that while it’s not a problem for me, it is a problem for a great many other people.  In trying to take myself out of the argument, I was failing to challenge those who didn’t have such an enlightened view as myself, and wasn’t helping to champion the very people who were suffering and being held back because of the preconceptions and prejudices of others.

This conversation stuck with me, and I immediately stopped feeling quite so proud of myself.  In the years since I’ve often thought back to that conversation and asked myself what, if anything, I actually should be doing or saying, and how I might actually be able to help the situation rather than let it stagnate through my own inaction.

In the last few months I’ve now heard people on television news and in articles online expressing the same or similar sentiment.  Finally, some people are saying, white people and men especially, are pulling their head out of the sand and recognising that there’s been a problem all along, and that they clearly knew about it but chose to ignore it, therefore actually being complicit in it, which is even worse.  Perhaps a good example of this is this very eye-opening TED talk about violence against women.

One of the ways people have got things wrong, and I came to realise this at the time, was with the Black Lives Matter movement.  Now we’ll set aside the argument between the social and political organisations as that’s not relevant to the point I’m making here.  I heard people, sometimes being holier than thou, sometimes genuinely believing they were right saying that “All lives matter” and using this as a stick with which to beat either the concept, or the movement.

I realised that black lives matter was an important slogan that everybody should be adopting, not because black people are any more important than any other group in society, but that it wasn’t white people that were being persecuted and killed.  The message was there to highlight the suffering of people in this minority group, and that was why it was important.

So while I don’t personally have an issue with any group within society and see everybody as equal, I am now acutely aware of the struggles many people do face, from employment opportunity and discrimination, sexual or financial discrimination, legal and policing challenges, and even outright violence and death.  Discrimination or subjugation of anybody, no matter who they are is wrong, and I’m frankly ashamed that as a society that keeps calling itself progressive and enlightened, that we’ve still not learned the lessons from history.

I was recently at a small conference for work where there were plans for a group photo.  There were only fifteen of us and all were middle-aged white men.  This wasn’t deliberate, it’s just the way things had turned out.  I declined to take part on the grounds that if it was a message the organisers were happy to put forward, it wasn’t one I wanted to get involved with.  When I explained this to some of the attendees and organisers, they soon realised what I meant and the photo idea was shelved.

This doesn’t make me a feminist, or an activist, or pro or anti trans rights, anything really.  It just means that I’ve learned enough, read enough, and thought enough to recognise that when a group, any group of people feel they’re being unfairly treated and discriminated against, I should at least give them the courtesy of taking them seriously.

As a reasonably affluent, middle-aged, white male I know I’m unlikely to ever face any real type of discrimination or threat in my professional or personal life.  I never had any barriers to employment, or education, there has always been money around to pay the bills, and people take me seriously online.  Conversely, people in some minorities face being effectively herded into their own “slum” communities with the life challenges that inevitably creates.

In my own life though, I know people, especially women, who do receive large volumes of threats and abuse online just because of biology or geography, and because small-minded and bigoted people don’t believe they as a person or what they say has any value.  All of that leaves a very sour taste in my mouth.

I am never afraid to admit when I am wrong, and this is not just one of those times, but it’s something I’ve carried with me ever since.  I felt it was important to highlight, especially as I make extra effort to promote accessibility for using IT in my own career.  I hope. in writing this article, I can help you or other people to sit for a moment and reflect on whether you might have got it wrong too.