Windows 10 vs Chromebook, the Upgrade Choice

With all support ending for Windows 7 now having ended, this means anybody still using the operating system will be highly vulnerable to malware and hackers, no matter what security software you have running.  If then you check to see if your PC will run Windows 10, only to discover that you also have an older PC that won’t run it, or at least won’t run it well, what do you do?

The answer is to purchase a new PC, but what if you simply can’t afford one?  New PCs can be very expensive.  They might start at just $200, but for that you’ll get an awful screen, abominable battery life, and terrible performance.  If you want to move to a better performing machine you’re looking at upwards of $400, with the top-end PCs coming in at around $1,000 or more.

TOP TIP: You can save considerable amounts of money on a new PC by shopping in the forthcoming Black Friday, and Christmas sales.

It’s here that you should look at what you use your PC for.  If you are completely wedded to the full desktop apps for Microsoft’s Office 365, then a new PC is certainly the way to go, as the only other alternative, being a laptop from Apple, would cost you even more.  If you live in your browser though, and spend the majority of your time online, then why not consider a Chromebook. 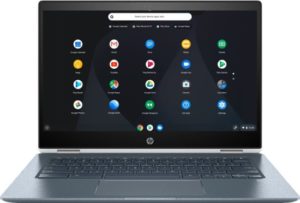 If you’d have asked me even a couple of years ago if a Chromebook was worth it, I’d have laughed, but times have changed quickly.  Google’s lightweight operating system is now capable of running almost every app from the Android app store, and Microsoft have greatly expanded their offerings for both Chrome OS and Android, with excellent Office apps, full support for OneDrive, and more.

Starting at just $100, these machines are so much cheaper than PCs because they don’t need heavy amounts of memory, storage, and other expensive components.  You store your files in the cloud, and all you need to access them is a good Internet connection.  There is also a huge range of Chromebooks to fit any budget and taste and, just as with Windows 10 PCs, there will be savings to be made in the Black Friday and Christmas sales.

So if you spend your time online, don’t need to store all your files and photos locally on your PC, have good Internet access, and if a new Windows 10 PC is simply too expensive for you, then you should consider a Chromebook instead.

They’re modern, safe, secure, reliable, and given the alternative is the constant threat of attack and both data and privacy theft by malware and criminals on your Windows 7 PC… it would be money well spent!  You can read more about Google’s Chrome OS on this link.