Should You Avoid Crypto Currencies and NFTs?

Over the last few years the words Bitcoin and Crypto Currency have entered the public lexicon.  Recently they’ve been joined by NFTs (Non Fungible Tokens, with fungible being another word for replaceable) with these being used by people to buy “real” pieces of land inside computer games.  What is a crypto currency or an NFT though, and should you avoid them?

Both Crypto currencies and NFTs are based on a technology that’s been around for a few years now called blockchain.  In itself blockchain was invented with the best of intentions.  It’s a way to authenticate digital transactions, so as to determine if a digital item is unique, and not a copy.  The idea was to be able to use blockchain to secure financial, insurance and other sensitive transactions across the Internet as a means of combatting fraud and theft.

Bitcoin grew out of this as people began to realise they could use blockchain to create digital currencies, and now a great many of these currencies exist of which Bitcoin is one.  As a decentralised currency, crypto was completely outside of the control of any government and so could be freely traded around the world with no interference.  This all seemed like a good idea at the time.

The problem is though that crypto has been designed to not allow the creation of unlimited currency, as the effect of doing so would be to devalue the existing currency to the point where it was worthless.  This means that every crypto coin that’s created takes longer to make than the one before it.  Currently it takes around one month to create a new bitcoin, and this timescale will only increase.

One of the ways around this is to just create a new currency, and research has shown there are almost 8,000 digital currencies in existence as I write this.  The problem is that not all of these currencies can survive for the long term, and others have simply been created as a ruse to attract initial investors by fraudsters who then take their money and disappear.

To combat this problem, crypto currency miners have been building bigger and bigger server farms, and more of them.  The ultimate effect of all these, and the ever diminishing returns on the currency they create is an enormous negative effect on the climate.  As it stands right now, research has shown that the power used by crypto currency farms is equivalent to the annual energy usage of a country like Sweden, or almost a quarter of the entire annual energy usage of the UK. 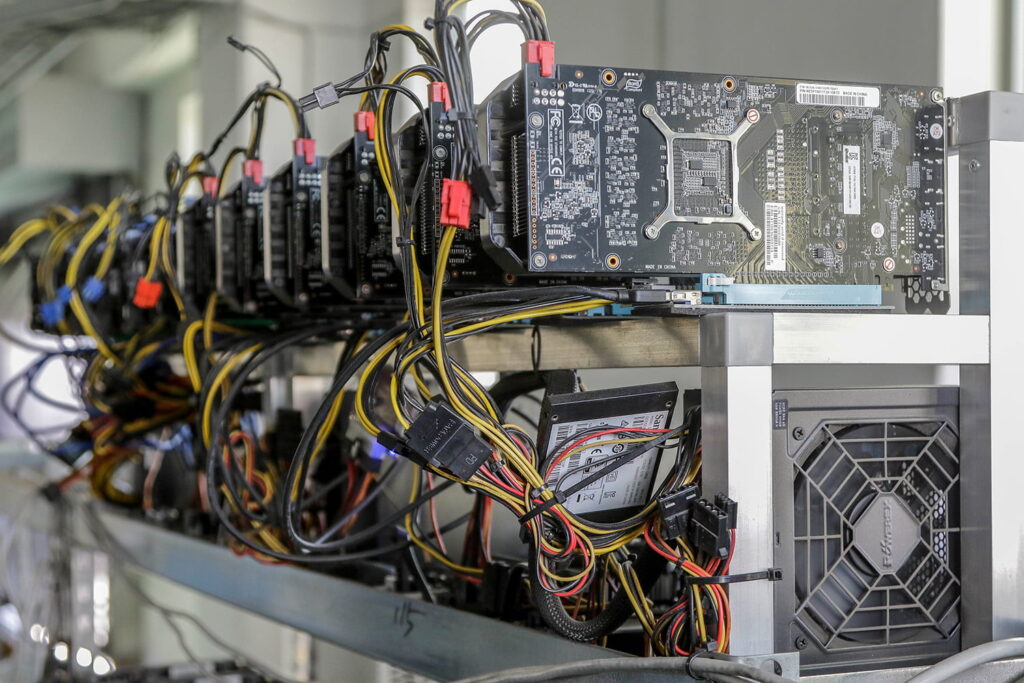 The effects on the climate are just one problem with crypto currencies.  Value fluctuations can be regular and dramatic, unlike normal currencies where measures are put in place to prevent huge drops in value.  Where some crypto currencies have been known to drop in value by as much as 90%, the biggest financial crashes in the 1920’s, 1980’s and 2008, only saw a value drop of around 10%.

Another major issue is that while it’s possible to trade between different crypto currencies, it’s extraordinarily difficult to trade a crypto currency for a normal currency, and the amount of goods and services that can be bought with them is very limited.  If you are considering “investing” in a crypto currency, it’s worth first asking yourself why it’s so easy to put money into them, and yet so very difficult to get that money back out afterwards.

Sadly, while this original use case is a good one, computer algorithms are being used to create all manner of seemingly “unique” images and digital items that are being sold for extraordinarily large amounts of real money, when in fact they’re not really worth anything or much at all, especially not in the longer term.  These digital items are really just a way for companies with the money to invest in creating them to get rich quick by exploiting the fact that NFTs are currently trendy, and people want to be part of the “next big thing”.

All in all I do not recommend anybody get involved with either crypto currencies or NFTs.  Both these technologies will need time to mature, and this will be a great deal of time.  I have no doubt they’ll still be around decades from now, but the form they take will inevitably change over that time as they mature.  For now, for right now, they’re both being seen and used as a way for people to make huge amounts of money quickly, and far too many people are being exploited to put thousands, or even hundreds of thousands of dollars in real cash, into items that are pretty much valueless.

Crypto currencies and NFTs therefore should be treated with enormous scepticism and avoided at all cost.  They should be considered as a form of gambling, and they should come with the same warning.  Only spend what you can afford to lose!