I have had a couple of problems over the last year and a half.  During the autumn of 2020 I purchased a cottage in the middle of the French countryside, literally in the middle of nowhere… my nearest neighbour is a cow.  I’m not complaining, it’s completely idyllic here, peaceful, with lovely clean air, and I’ve been wholly welcomed by the locals.

That, of course, isn’t one of my problems.  One however was access to a reliable internet connection.  I was limited to an old ADSL connection of only 3.5Mb/s over some fairly creaky infrastructure based around wooden poles and loosely-connected cabling.  Needless to say the connection did go down occasionally, sometimes for days or even longer.

This of course was neither good for my work or for my sanity.  Help came though with a brand new fibreoptic cable in the road, again strung from the creaky poles.  This brought the promise of 100Mb/s broadband so needless to say when I bought the house and the cabling was already in place, I got quite excited. 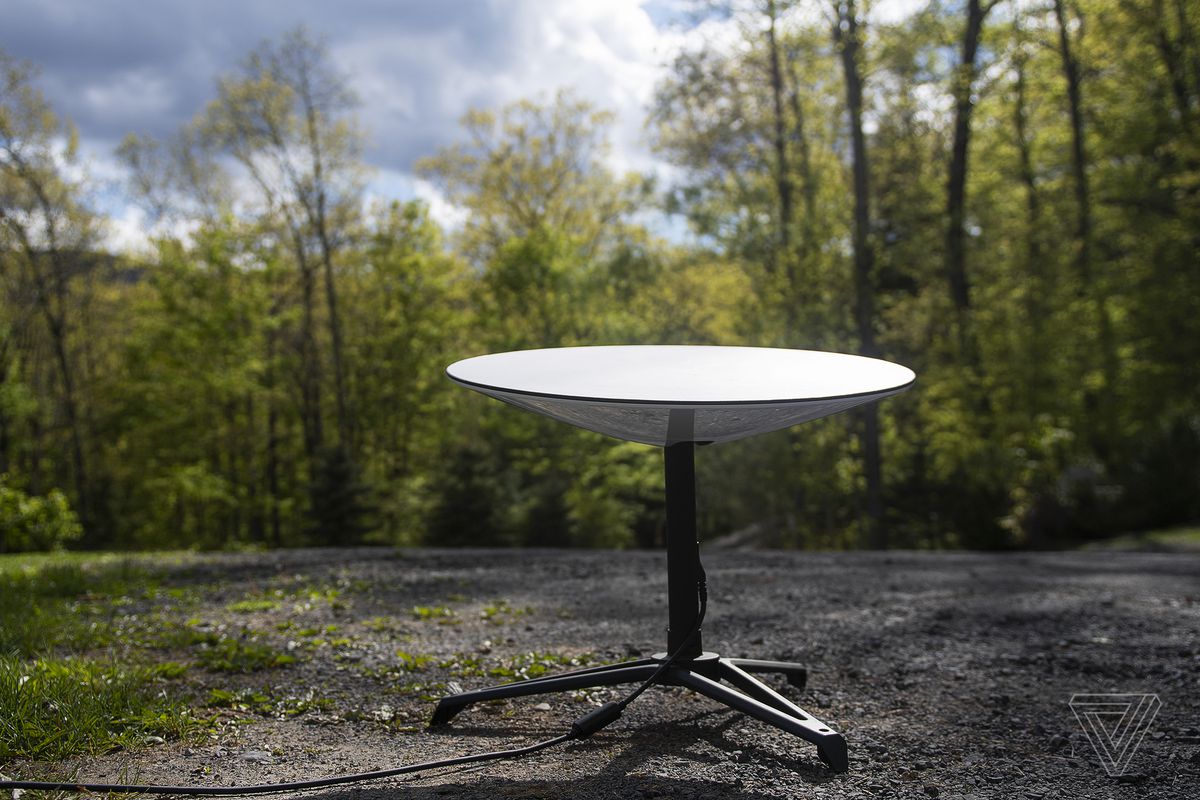 Alas though, as I write this, it’s the summer of 2022 and at the end of road there still sits a huge roll of fibre waiting to be connected to the network.  This makes it two years since the cabling went in and all my neighbours and I are still waiting.

Being in the middle of the countryside my new home is quite popular now with friends coming to visit.  Funnily enough they never wanted to visit my small home in Sheffield (UK) for their summer holidays… go figure.  So I was facing at least three of us being in the house this summer.  Clearly my lowly 3.5Mb/s ADSL was not going to cope.

This left me facing my other problem, Elon Musk.  It’s safe to say what while he’s helped make Tesla cars popular, and they have completely reinvigorated the electric car market in the same way that Apple did for smartphones and tablets, he’s a bit of a wild card.  Outspoken and, if I’m honest, a bit of a twat, I was loathe to put any money his way.

But with satellite broadband being my only remaining option, and all the traditional satellite providers having very slow connections I was left with only one choice.  It sadly had to be Musk’s Starlink.  So a few weeks ago I spent €500 on the kit, and readied myself for an additional €100 every month for the connection, though in fairness Orange France were charging me more than half of that for basically nothing anyway. 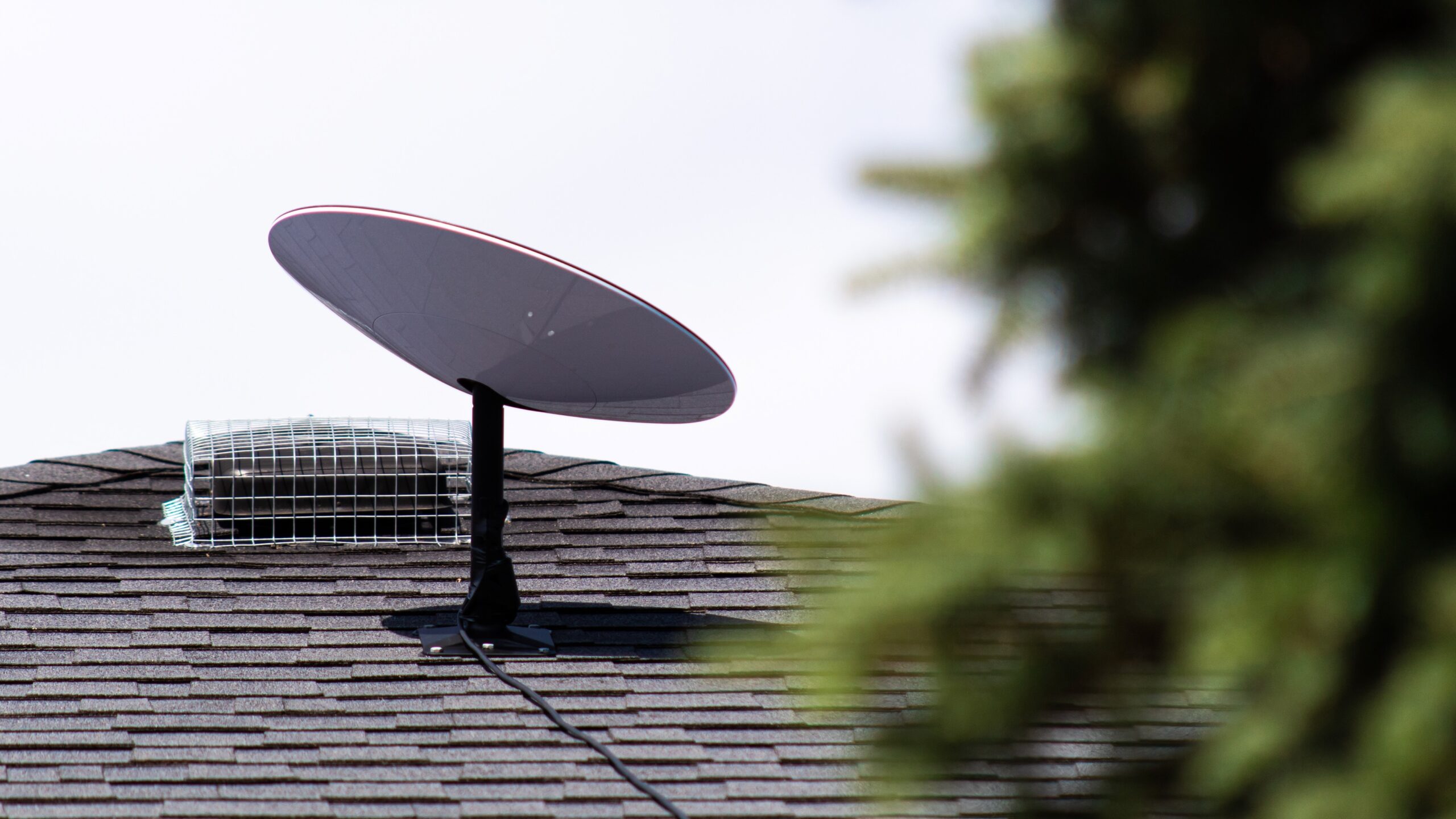 So with it fitted, what do I think?  Erm… well actually this has turned out to be one of the best purchases I’ve made in recent years.  I’ll explain why but let’s start with the kit.  The dish comes in a box with a floor stand, router and a good twenty metres of cable, meaning you can put it just about anywhere.

Sadly there’s no wall mount, but an adapter for a standard satellite mount I put on the side of my gîte (an outhouse common to French countryside properties in which I have my home office) costs less than €45 and satellite roof mounts aren’t very expensive.  It’s worth noting here that the optional wall mount adapter comes with a travel cover case for the dish, while the standard kit with the floor mount doesn’t, which does seem like Starlink have got things a bit backwards.

The dish needs a full clear view of the sky, which is why I mounted it on a roof rather than the outside wall of my house, but it’s motorised and uses its own connection to know where it is, where the Starlink satellites are at any time, and it moves automatically to track the strongest signal; I did get call dropouts on Messenger and Skype the first day until I moved the dish to a better location.  The thing can even detect when it’s snowing, and warm the dish to melt any snow that settles.

This tracking means that Starlink is incredibly flexible, and can even be taken camping, or mounted on the roof of a camper van or motor home.  It’s this kind of flexibility that hugely surprised and impressed me. 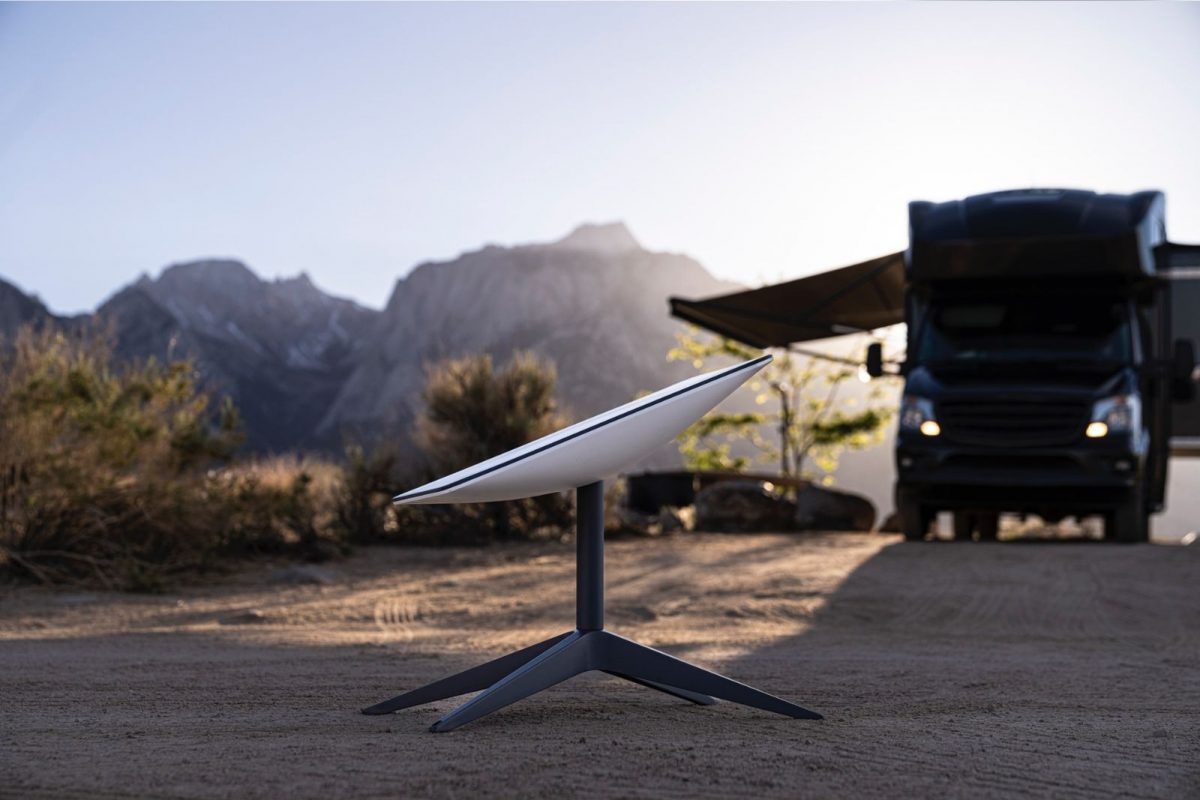 So what about the connection?  Well Starlink are still in the process of putting satellites into low Earth orbit, a process that had been controversial with astronomy groups to say the least.  Starlink told me I should expect around 100Mb/s maximum download speed and probably 5Mb/s to 10Mb/s upwards.  The speed does vary depending on the satellite and the quality of its connection.

I was very surprised though to see my connection regularly reaches 225Mb/s down and 20Mb/s up, which is just huge.  Ping times are reasonably low too at between 50ms and 80ms, so not bad for a connection that has to go all the way into orbit and back.  The company also says the connections will get more stable and faster over the next few years as more satellites are placed in orbit.

So I’ve now decided that Orange France can “go chuff” with their promise of eventual 100Mb/s fibre broadband.  Starlink clearly has several advantages, the first obviously being the speed, but the second is reliable pricing with ground-based telecoms companies notorious for hiking prices whenever they feel like it.  When you factor in the reliability that comes from not having to rely on creaky, old infrastructure it becomes a no-brainer.

I am hugely happy with my Starlink dish, my Starlink connection which is now stable and reliable all of the time and never drops below 85Mb/s on a bad day, even in heavy rain with lots of cloud cover, and I’m damn well keeping it.  Well done Elon.