The Day I *Really* Got to Feed Back to Microsoft

I’ve been a Microsoft Most Valuable Professional (MVP) awardee now since 2010, which is a long time.  In more than a decade I’ve had the opportunity to get many hundreds of online briefings from different product groups at Microsoft’s global headquarters in Redmond, Washington State, in the USA, and I’ve also attended many in-person MVP Summits there, where a couple of thousand MVPs from around the world engage in technical sessions, round-tables, and briefings from managers and engineers.

Nothing though compared to the opportunity that presented itself to me earlier this month, when I was invited to a special summit for the Windows Customer Connection Programme.  I was only one of fifteen people invited to three days of round-table discussions with Microsoft’s engineers, and boy were they prepared to listen. 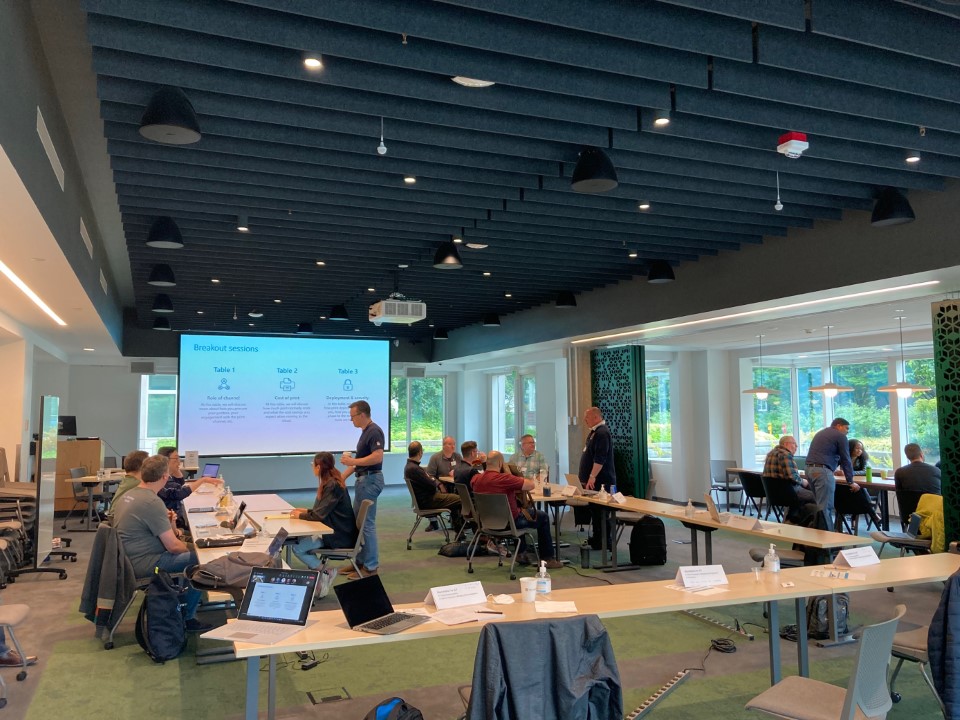 Much of the content is covered by a non-disclosure agreement that MVPs sign with Microsoft when they are welcomed into the programme, and so I would never consider publishing such information here.  I did ask though if the feedback I gave Microsoft would be covered, and Microsoft were happy for me to share it with you, so I thought you might enjoy reading my own views on how Windows could be improved into the future, just in case some of them are actually implemented.

The biggest and most significant concern I raised was over environmental issues caused by e-waste, and how Windows 10 could potentially exacerbate the problem.  I wrote in my book The Green IT Guide that the United Nations estimates some 50 million tonnes of e-waste is generated each year, but that only 20% of it is currently recycled, with the rest going to landfill.

How does this relate to Windows 10 you ask.  Microsoft have a policy of not allowing every PC and laptop running Windows 10 to upgrade to Windows 11.  This is because of security concerns and so Windows 11-compatible PCs must have at least an eighth-generation Intel processor or AMD equivalent and a Trusted Platform Module (TPM) 2.0 chip.

The problem comes from potentially millions of perfectly good and usable PCs and laptops going to landfill prematurely when they’ve still got many years of life left in them.  It is possible that some PCs running Windows 10 will only be five years old by the time end of support for the operating system comes around in October 2025.  These PCs, I explained to Microsoft would not very likely have Linux or Chrome OS installed on them, and so would make the problem of e-waste bigger.

I am sadly not, because of the NDA, allowed to say what Microsoft’s response was, but I am allowed to say they understood the problem and responded favourably.  I asked if they would consider extending the life of Windows 10 to try and avoid having these PCs going to landfill, and we’ll see if anything comes from this. 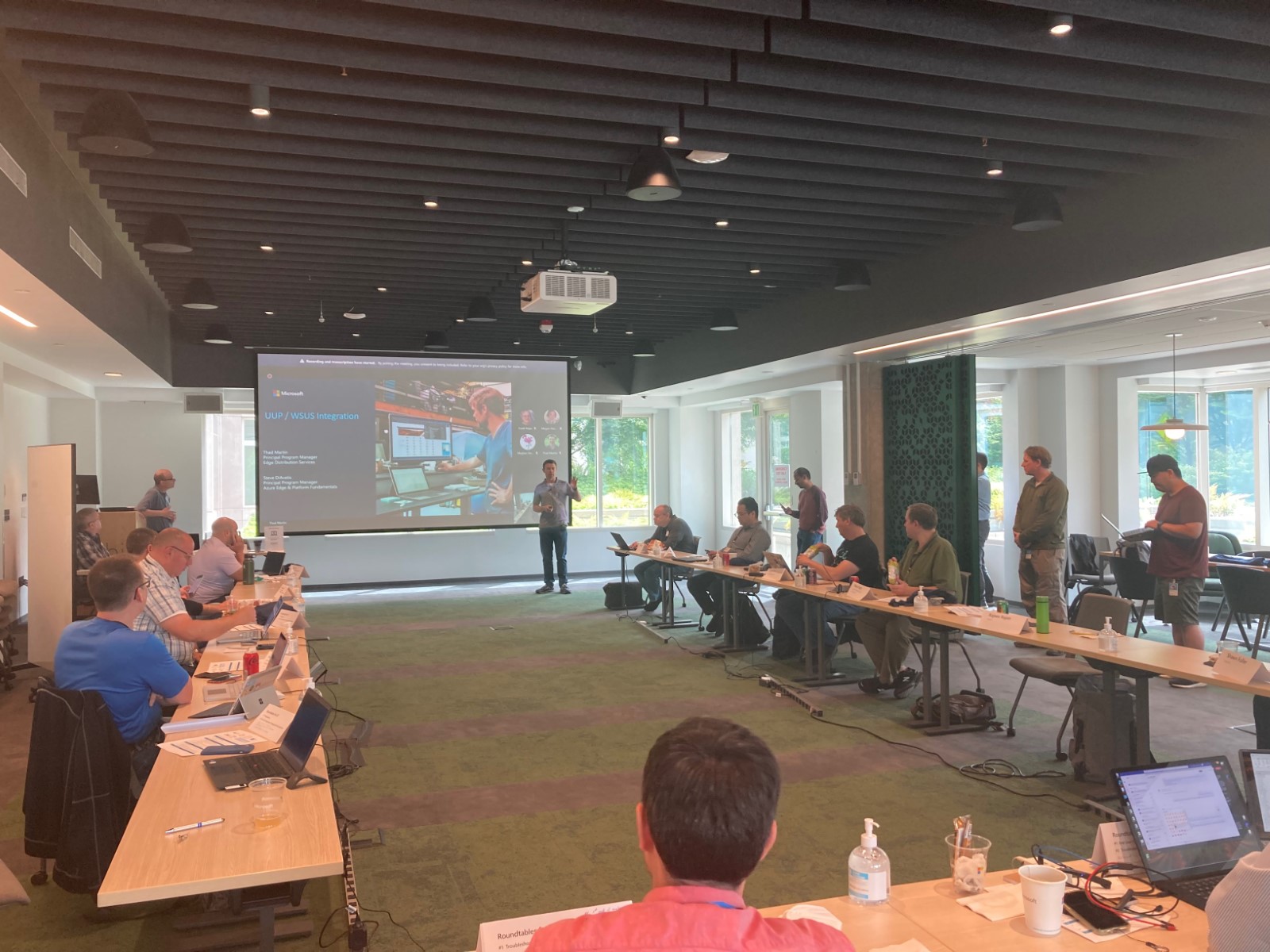 I also raised some suggestions about printing.  The term “paperless office” was first used in 1975 but still we have printers in homes and offices.  I suggested that Microsoft could do several things to try and discourage people from printing to paper.

Windows is the operating system of business but it’s also now the operating system of hybrid-work, working from home, and people using their own PCs for work.  This does sadly mean a lot of switching back and forth between different Microsoft accounts, such as your own personal account and one used to sign into Azure AD or Windows 365.

My suggestion for Microsoft to get around this would be to allow the Edge web browser, which does seem to handle most of this interaction, to allow users to sign into two accounts simultaneously.  This would mean that when they want to switch from one account to another, the browser knows which is which and the transition is seamless.

This brought me on to the subject of document security because email is a problem.  A few short years ago I thought it was crazy that millennials were shunning email in the workplace, as they were much more used to messaging services such as WhatsApp.  Now though, it is very clear that the additional security and encryption offered by these services is far superior to email, which has no encryption at all.

If you ever need to send sensitive documents, or personal information then email is definitely not the way to do so.  I suggested that Microsoft could bring Teams directly into their new Outlook email client, giving people are quick and easily accessible way to contact people without needing to use email. 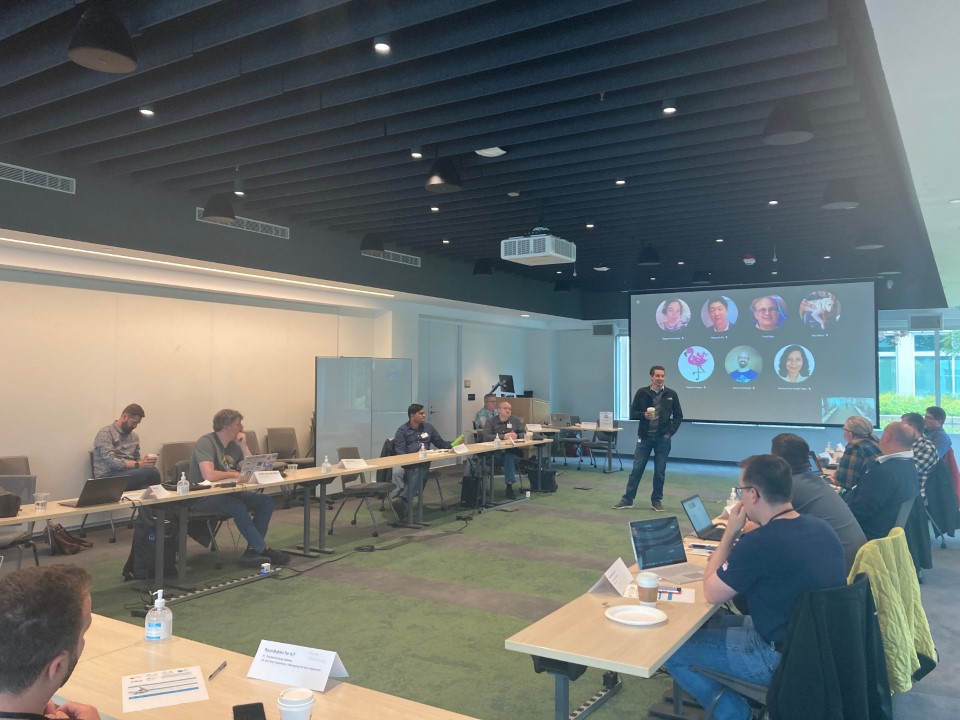 While we’re on the subject of documents, there were two suggestions I made that frankly drive me nuts, and on which many other people agreed.  The first being that when you shut down a PC you’re often told you have a document open and do you really want to shut down the PC?  Well, I initiated the shutdown so you might assume that’s certainly the case.

The case that I made to Microsoft’s engineers is why can’t the operating system send an auto-save command to any open programs, especially Microsoft programs such as Office when you shut down a PC.  This means you don’t have to see this dialog, and the document will be auto saved anyway.

The second point many people agreed with me on.  When you have an unexpected shutdown of an Office program you are asked, the next time you open the document that it had open at the time, if you want to open the saved version, or the auto-saved and recovered version.

The problem here is two-fold.  Firstly that you’re not shown the contents of either of those documents, but also that if you then hit the “Recover” button there’s absolutely no going back from that, and that’s then just the version of the document you get.

I argued that Microsoft need a split pane view in this instance, that shows you both documents side-by-side, so that you can properly decide which is the version you wish to keep.

I also raised concerns about individuals and businesses that are on low-bandwidth Internet connections, sometimes just using a cellular connection, and for whom downloading multiple copies of Windows Updates to different PCs, Microsoft Store apps and more becomes a problem.

Microsoft already have a way to share updates between PCs, but it doesn’t work well for standalone computers.  Microsoft took this feedback well and I hope they act on it as, until recently, I myself have only had a lowly 3.5Mb/s ADSL connection.

Regards Windows Update, I asked why, when you can defer Windows Updates for a period of up to 30 days if you have a project going on and don’t want to restart your PC, or because there is a known bad update or driver in the wild, you can’t set Windows Update to always defer updates by seven days or more.

I thought this would be useful for many people to give additional peace of mind that, as and when the occasional problematic update does appear, Microsoft or a driver company have time to fix it before the user gets the update.

I like the new centred Start Menu and Taskbar icons in Windows 11, and indeed had been using a third-party utility for a few years that did the same thing in Windows 10.  I do have issues with the “Recommended” section though, which really should be called “Recent Documents”.  I make the following suggestions…

I saved the last of my feedback and suggestions for Microsoft’s Windows 365 Cloud PC product that I’ve recently been trying for the first time.  I would absolutely love to be able to tell you how Microsoft responded to my suggestions, but let’s just say it was overwhelmingly positive.

Microsoft were very responsive to my own feedback and suggestions, and the other attendees contributed as least the same amount if not more.  It will be interesting to see how much of this makes its way into future builds of Windows, but I will be enormously satisfied if some do.