Ukraine Invasion Could Cause Another Component Shortage 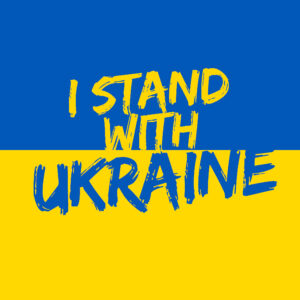 Back in November 2020, Microsoft launched their new generation of gaming consoles, the Xbox Series S and the Xbox Series X.  This all seemed wonderful at the time, but the cumulative effect of pandemic lockdowns had placed the semiconductor industry under great pressure, causing a worldwide chip and component shortage.  As I write this today you still can’t buy a Series X console, more than a year after it launched.

This component shortage hasn’t just affected games consoles and computers however, with everything that uses semiconductors coming under tremendous strain.  In November 2021 both General Motors and Ford announced that they were going to manufacture their own chips because the worldwide shortage was impacting them enormously.

Things began to look like they could return to normal at the beginning of 2022.  Sure, the component shortage would rattle on for the rest of the year, but slowly, mining and manufacturing operations would catch up.  That of course was until Russian tanks rolled across their border and invaded Ukraine.

Both Russia and Ukraine are crucial suppliers of neon gas and palladium to the worldwide semiconductor industry, with Russia alone providing more than 35% of the world’s palladium supply and the two countries providing 40% to 50% of the worldwide supply of semiconductor-grade neon.  Some 90% of the neon used by US-based chip manufacturers including Intel comes from Eastern Europe.

Clearly there’s no mining and manufacturing happening at all in Ukraine right now, with the focus being entirely on repelling an invading army, and providing the basic needs of food, water, power, medical aid, and shelter to the Ukrainian people.  The potential for exports in the future though will be made almost impossible should the Russian military take the Black Sea ports of Mariupol and Odesa.

Heavy sanctions are also hitting Russia hard, but while mining and manufacturing operations there will be continuing, sales of those components to any country other than China is almost impossible.  Neon gas is used in the lasers that produce silicon wafers, on each of which are hundreds of individual silicon chips.  Palladium is also used in many technological components from silicon chips to catalytic converters.

Then there’s the fact that supply and demand is pushing up the prices of these and other components, with the price of neon shooting up by 600% the last time Russia invaded Ukraine in 2014.  This is bound to be repeated and sanctions could continue to be imposed on Russia for years to come.

The upshot of all this is that we can definitely expect a difficult situation to get worse, and for the worldwide component shortage to last for a significantly longer time than anybody had hoped.  If you’re looking to buy a new laptop, graphics card, console, or car, my best advice is to buy one soon, before shortages really start to bite, and prices rise still further.

That being said, I must make reference to the fact that there is an enormous humanitarian disaster taking place in Europe right now, so rampant consumerism aside, please spare some thoughts, time, and spare money for Ukraine relief appeals in your country, and give whatever you can.  For now though, my thoughts are with all the Microsoft MVP awardees in Ukraine and Russia, keep safe.