How I Got My Start As An Author

As of the time of writing this I have written more than twenty books and am still writing more, so I’m often asked how I got my start as an author.  Well funnily enough, as these things often do, it all began with my mother.

My mother was very keen on technology and liked to learn about it.  She owned several Windows PCs and Android devices and even in retirement she was very keen to learn.  At the time I was interested in writing a book but didn’t really believe i had it in me.  Thinking I would try to write something. 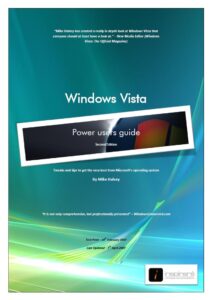 This became my 68 page guide to Windows Vista, for which I was an official beta-tester for Microsoft at the time.  My Windows Vista Power Users Guide was intended to help my mother and others get the best from the new operating system, as well as hopefully answering all the straightforward questions my mother kept calling me with.

She was impressed and submitted a link to it to the forums for Windows Vista: the Official Magazine in the UK where it was spotted by the New Media Editor.  He did a mini-review of it on the forum and described it as “A really in-depth guide to Windows Vista that everybody should at least have a look at”.

This spurred me onwards, and I knew then that I could write a whole book on Windows.  I submitted copies of the Vista guide to various publishers but wasn’t successful.  The book wasn’t long enough, and I hadn’t proved myself well enough to get noticed (this was before the days blogging was really a thing).

I knew it would take me longer to get a book deal if I even ever could, so as I was still in the beta testing programme for Microsoft Windows, wrote a new version of the Power Users Guide for Windows 7.  This would be a proper book at around 200 pages and shortly after its release it was enough to get me noticed.

One day, while out walking the dog on the local common, I received an email from an editor at Microsoft Press.  They wanted to produce a Windows 7 Troubleshooting book and wanted to know if it was something I could do and was interested in doing.  I immediately jumped at the chance and must offer many thanks to that man who became my editor, Kenyon Brown, who was hard on me but did so because he knew it was the best way for me to learn my new trade.

When Troubleshooting Windows 7 was released I was extremely grateful, as it also helped bring me into Microsoft’s MVP (Most Valuable Professional) community but I didn’t know if I’d get another chance or if there would be other opportunities on the horizon, so when Windows 8 was released I grabbed the bull by both horns.

I had by the point already been chatting to editors at both O’Reilly Media, and Apress (which would later go on to be my permanent home) and submitted a proposal to each without telling the others.  These three books, Troubleshoot and Optimize Windows 8 (Microsoft Press), Windows 8: Out of the Box (O’Reilly), and Beginning Windows 8 (Apress) were sufficiently different to one another so as not to cause contractual issues, and I wrote all three, the page equivalent of “War and Peace” over the summer of 2012.  This is not something I would recommend anybody else try as it wasn’t a fun process. 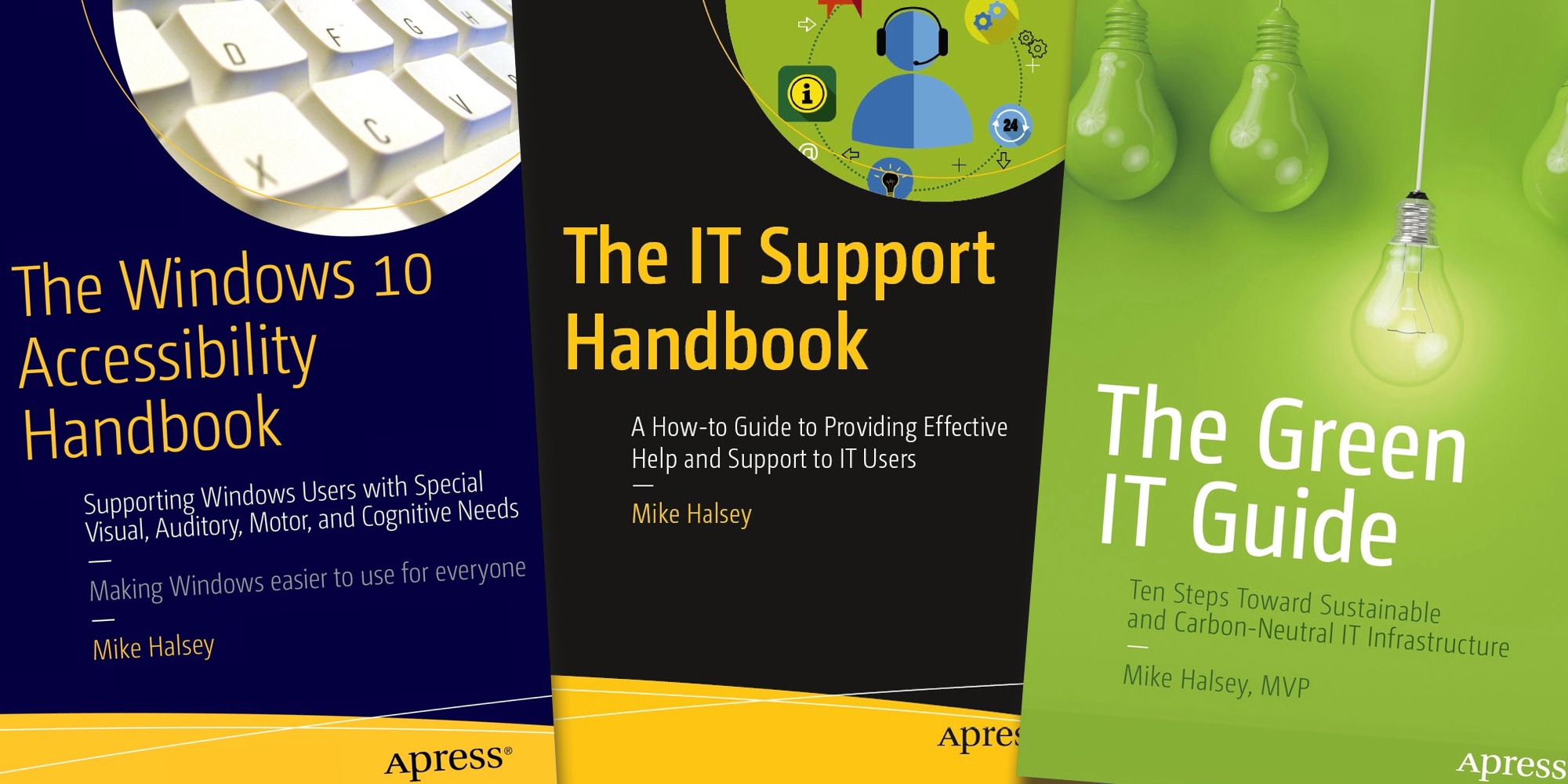 It worked out for the best though and helped cement my status as an author who knew his stuff and who could deliver quality books to schedule.  The rest is history as they say but I did want to focus on books that might have been niche, but still were important and that simply didn’t exist in the market.

This led to titles such as The Windows 10 Accessibility Handbook (Apress), The IT Support Handbook (Apress) and The Green IT Guide (Apress) which are all hugely important in their own way.  It should drop in a note here that I was amazed when writing my first Windows troubleshooting book in 2010 that there had never been a book like this before, given all the problems there had been with previous Windows versions, but also that to this very day in 2022 I am still the only person on the planet writing this stuff.

I shall not complain though as being an author has been kind to me and I now wear the official author’s uniform of living in a lovely cottage in the middle of the countryside.  So my message to anybody reading this who also aspires to be a published author… stick at it, learn your trade, but above all be sure to take the subject matter seriously, as then you can be truly successful.

You can read more about my books HERE.