Astro vs Pro 1 X vs Titan Slim, What Planet Got Right

Many of you will know that I am a huge fan of keyboard phones, or perhaps more accurately, handheld mobile computers as I use “phone” functionality on my devices only when I’m actually forced to do so.  I have had a large collection which is now proudly on display in my home office computer museum.

The latest additions to this collection are the Astro Slide, from London-based Planet Computers, and the Pro 1 X which is also from a London-based firm, F(x)Tek.  These devices have been a very long time coming, both having been announced on crowdfunding website Indiegogo back in early 2020.

Planet Computers in particular have come in for a lot of, well abuse frankly, for only now shipping handsets to backers, though F(x)Tek’s backers seem to have been quieter and more restrained.  There are all manner of reasons why both of these devices were so late to market, from component shortages to pandemic lockdowns, supply and labour chain issues have hit everything from Microsoft’s XBox Series X, which eventually became available for sale more than a year after it launched, to electric cars which currently have a build time of more than twelve months.

I’m not here to defend Planet however because I think there’s another reason why the naysayers have got things completely wrong and should instead be praising Planet for delivery of the Astro.  This is all the things that Planet Computers got right and that went so badly wrong for F(x)Tek and Unihertz, the Chinese company behind the also recently launched, Titan Slim. 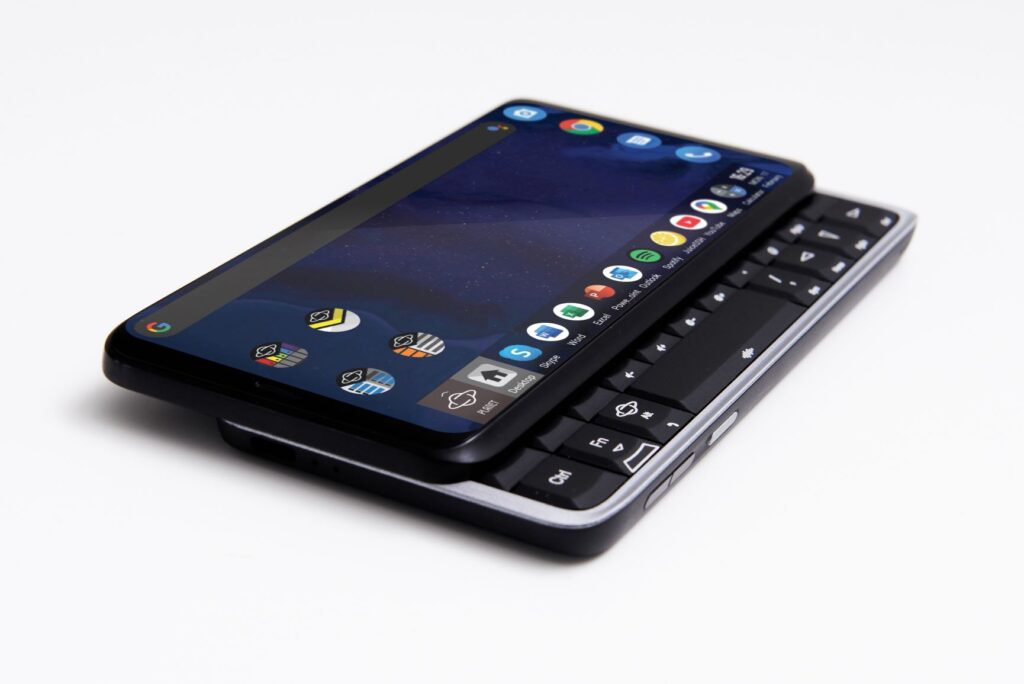 I had considered buying a Titan Slim for my museum but was concerned that it was ludicrously cheap for such a product.  Keyboard devices tend to be more expensive than standard smartphones just down to the added costs involved in manufacturing and assembling the keyboards themselves.

When I started to read and watch reviews of the Titan Slim though I immediately realised that I had made the correct decision in not buying one.  All the reviews said the same things, that it was slow, underpowered, and crucially made of weak plastics.

The Pro 1 X on the other hand has fantastic build quality.  As with the previous version, the Pro 1, the screen is fantastic, the all metal construction, which will very likely be prone to scratches, is also fantastic, and the Snapdragon processor inside means it’s a quick and powerful device to use.  Alas though, this is where the praise has to end.

Physically the Pro 1 X is identical to it predecessor.  This means it comes with all the same faults and problems and F(x)Tek have clearly learned nothing from the Pro 1 and made no attempt to rectify these issues.

The first is the keyboard.  A keyboard phone is going to live or die on the quality of that keyboard, we can all agree.  Sadly the small blister keyboard is just that, small.  It’s a hunt and peck affair rather than being something you can bash out an email on.  The number keys row is even worse though, with the keys being smaller still, and so close to the body of the screen when its flipped up that they’re almost impossible to press.

The buttons on the body are also unchanged from the previous model.  This means that when the phone is open on a desk, the SIM tray faces you at the front of the device while the volume buttons sit around the back on the ground.  This decision is truly baffling to me and makes usability much more difficult.

I wrote a full review of the Astro Slide a few weeks back and Planet Computers haven’t got everything right.  The buttons are recessed making them tricky to press, though the volume buttons are helpfully at the front when the device is open.  Also it could benefit from being more powerful and having more memory and storage, given it is effectively a handheld computer.  That was a price / sales decision that Planet had to make however and so its forgivable. 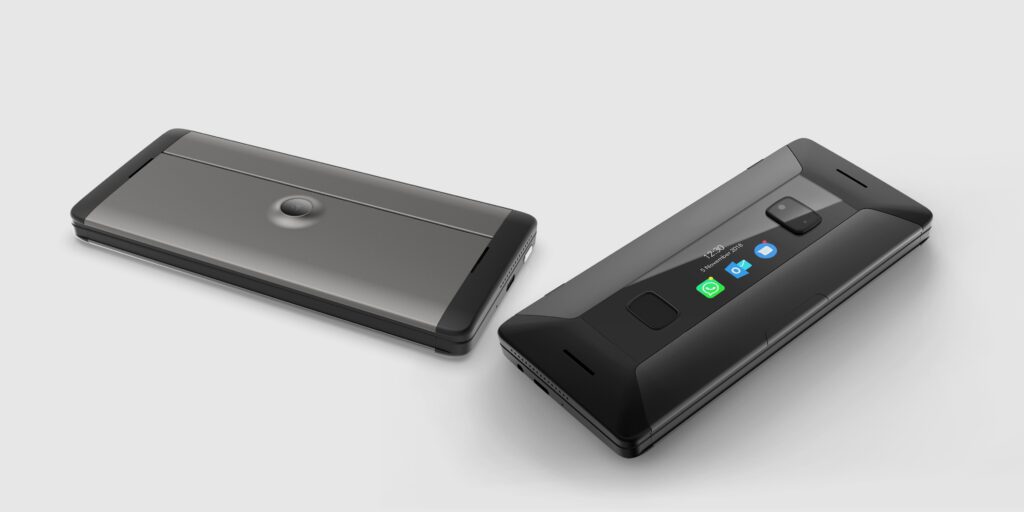 But oh my, what Planet got right, they really got right.  Let’s take the Cosmo, Planet’s last model, as one example.  This improved on the Gemini, their first device, in all the right ways with all the criticisms of the Gemini being addressed.  The hinge was much stronger, the keyboard was firmer and backlit, and there was an external screen with a (slightly) better camera too.  I never got on with the external screen myself, which was effectively a smartwatch strapped to the outside of the case to put it very crudely, but the implementation was slick and it worked well for many people.

The Astro then improves on the criticisms of the Cosmo.  The hinge mechanism is further strengthened, as is the keyboard.  The device no longer bounces around when you type on it, and both the screen and camera are leagues ahead of what was offered with the Cosmo.  Improvements have been made in software too, with the screen rotate now incredibly quick, faster even than the Pro 1 X with its better Snapdragon chip.

Sure, the Astro isn’t for everybody as if you want to use the physical keyboard with every interaction with the device then the hinge mechanism is an obstacle that frustrates some.  Overall though, and certainly when compared to the competition, the Astro demonstrates very clearly why the criticisms of Planet are unfair and certainly unjustified.

All this comes together to demonstrate that Planet Computers do and have listened to their customers and that they do care about delivering high quality products, and addressing the criticisms of their users.  Where there are legitimate criticisms to be made, over things like operating system updates and general communication, these also have to be taken in context with both F(x)Tek and Unihertz guilty of the same things.

Indeed, and especially on these two subjects, it’s difficult to find a device and technology company that does get updates and communication right, and those companies that do tend to be mega-corporations with enough money to comfortably throw at the problem.

The Astro Slide might be being delivered much later than expected, but it’s no later than the competition, and has made improvements in all the right places.  Indeed it’s not difficult to argue that the Astro stands head and shoulders above its competition, being a far better device all round.  I only wish that some of the naysayers would think about this before shouting and screaming, and throwing their toys out of the pram.