Why Keyboard Phones Press all the Right Buttons

Have you ever wondered why almost every mobile device in the world is a smartphone, and why smartphones are so popular?  It’s not actually because this is what people want, or because they’re the best mobile form-factor for people to use.  The simple truth is that every hardware company makes smartphones because they’re cheap and can have healthy profit margins.

The reason for this is that all the keyboard stuff is done in software, and that software has already been written too, so there’s almost no additional work needed to make a plain slab of glass usable for input.  This hasn’t always been the case though and there are obvious examples of where a physical keyboard on a phone is a much better method of input for many people. 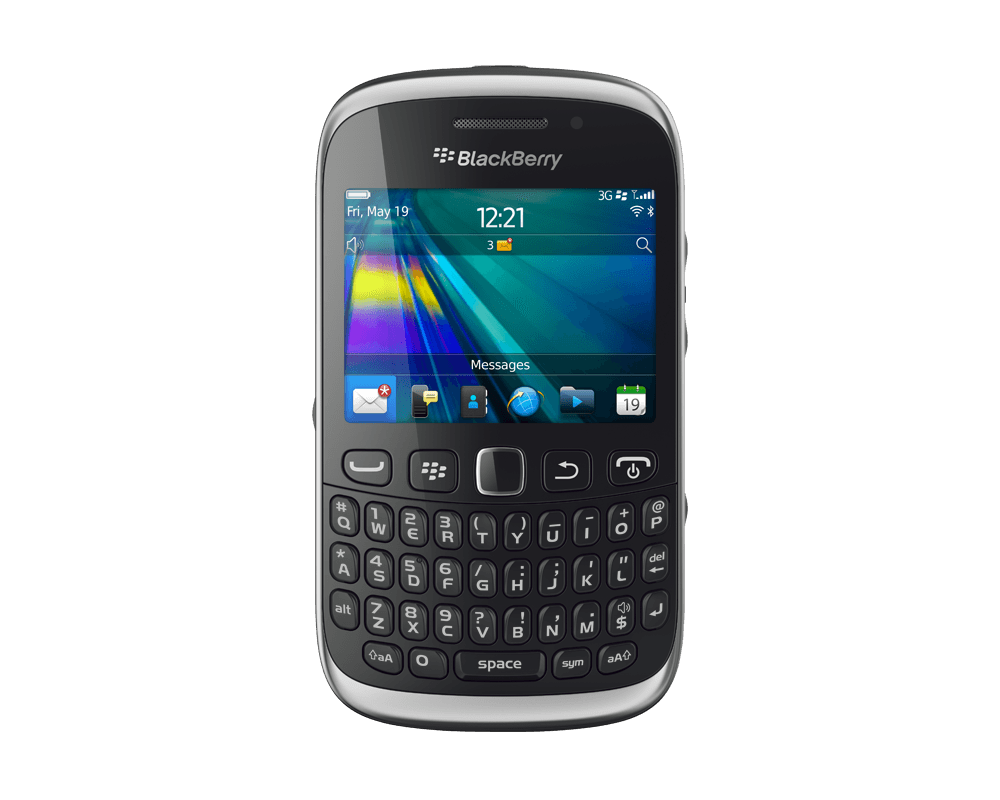 Perhaps the best example of this is Blackberry.  The two killer features of fully encrypted messaging and a physical keyboard made these phones beloved by people right around the world, and still missed today.  You can occasionally find a company producing a Blackberry clone.  In the end a combination of factors led to the demise of Blackberry, but not aggressively going after the consumer smartphone market was only one of them.  With a bit of lateral thinking it’s possible that we could still be seeing Blackberrys on the streets today.

But what are the benefits of a physical keyboard on a phone?  For starters it’s either going to heavily eat into the space you have available for a screen, or it’s going to make the handset thicker and slightly chunky, as is the case of the latest keyboard phone to launch, the Astro Slide. 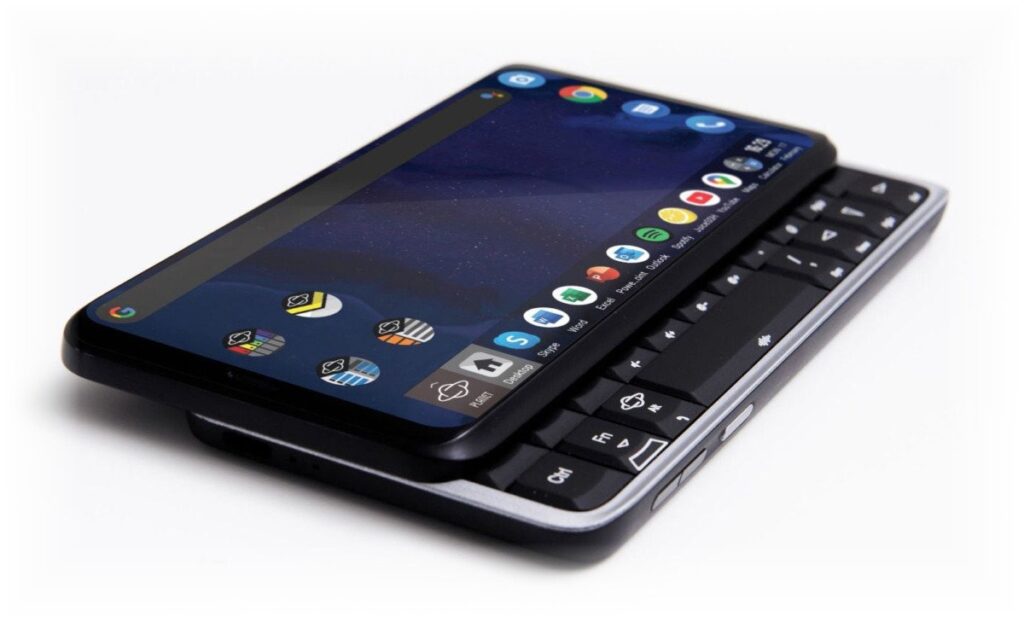 For me it was always the ability to “get stuff done”.  I could write programs on my Psion PDAs, manage my finances on the move and even today I can use a keyboard phone to manage and update my website, and edit and create documents and spreadsheets.  Knowing that what I can do isn’t limited to watching video, reading content, and playing games is a huge benefit to me.  This all means that if I think of something I want or need to do for work, or even in my personal life that I’d normally have to wait until I got home to accomplish, I don’t have to wait and can often get it done there and then.

Let’s be clear, smartphones with physical keyboards aren’t for everyone.  You’ll know if they’re something that appeals to you, and they’re primarily for people that create rather than consume.  Blackberry’s for example were hugely popular with office and mobile workers who sent and received a large volume of email, as they could continue working on the move.  For as good as predictive text has become it just can’t compete with a keyboard on which you can guarantee to know what letter you’re pressing.

My love of what would later become keyboard phones began in 1993.  I’d already had a handheld computer for a few years, but 1993 brought me the Psion Series 3a.  This handheld marvel came with a full QWERTY keyboard.  This might have been long before the days of SIM cards and mobile Internet, but as a Personal Digital Assistant (PDA) and with its own programming language so I could write my own apps, and load apps from third parties, I always had it in my pocket when out and about. 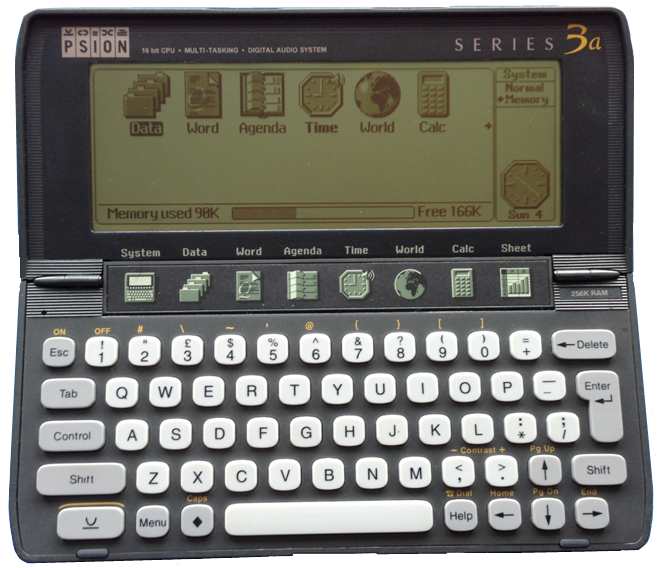 When the Psion Series 5 came along in 1997 and won the hearts of mobile keyboard warriors around the world I was truly smitten.  Sure, I bemoaned not having Internet access when out and about, but it didn’t stop me carrying my device everywhere.

It was ultimately two things that killed off PDAs.  The first was very obviously the lack of aforementioned mobile Internet.  When the first 3G networks launched in 2003, small phones with Internet connectivity were not just commonplace, but affordable.  The mobile Internet bug had been caught and people wanted to be online, but where mobile Internet on a small phone screen could work, the bandwidth of cellular networks just wasn’t good enough to support full web browsing.

The second reason was the rise of the laptop.  There had been other attempts to make the PDA form-factor work, most notably Microsoft’s Windows CE operating system and the Nokia Communicator range, but by this point laptops were getting much smaller and much more affordable.  PDAs simply couldn’t compete against their new brethren. 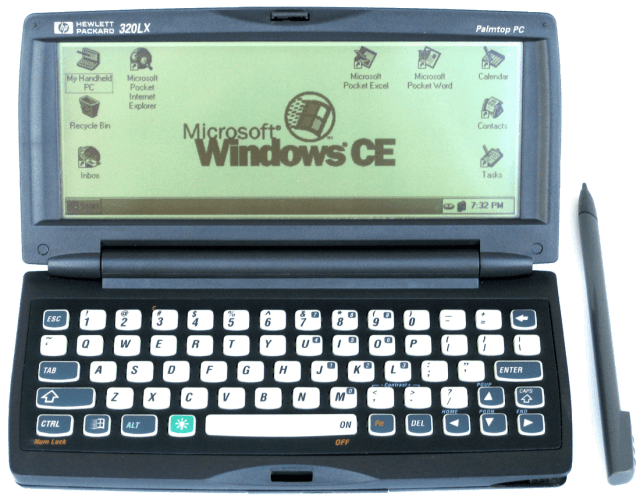 And so for the best part of fifteen years the world only had Blackberry phones to give us the full keyboard experience.  That was until a UK start-up called Planet Computers came along in 2017 with the Gemini PDA, a fold-out smartphone inspired by the Psion Series 5, and largely created by the designer of that original device.  It proved hugely popular in many markets, most notably the UK which had given the world most handheld PDAs in the first instance, and Japan where devices of this type had never lost their popularity. 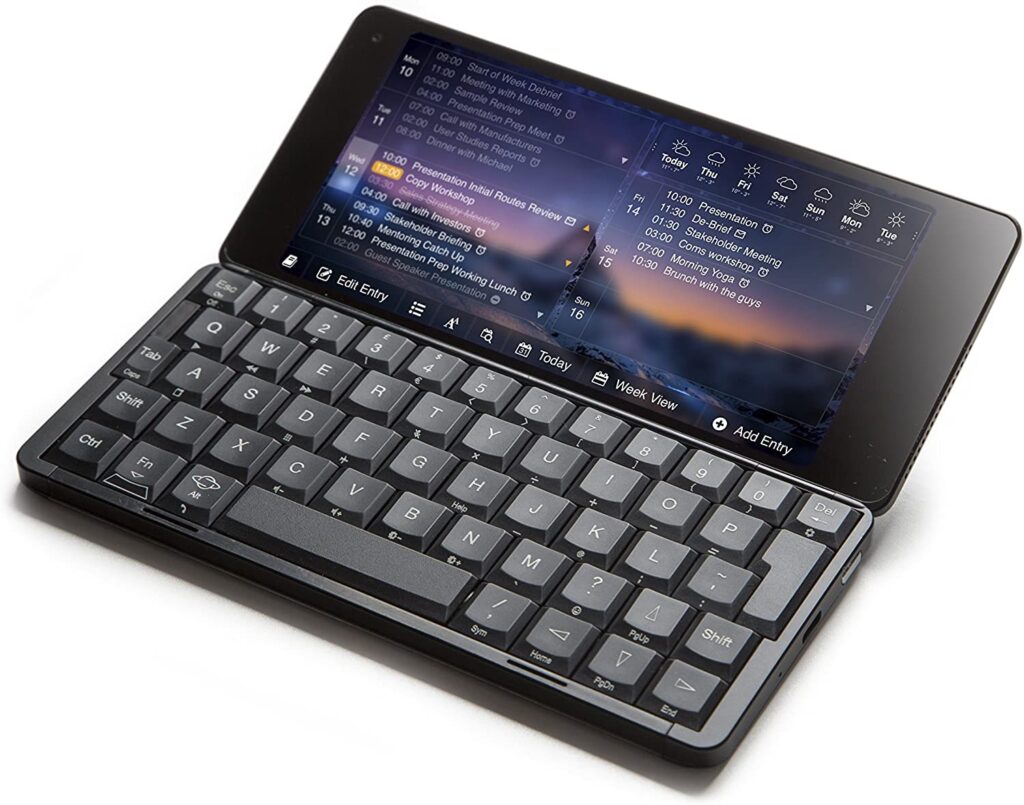 This particular tech enthusiast was very excited and was even commissioned by Planet to write the official user guide.  Other keyboard phones followed in its wake, such as the F(x)Tek Pro 1, again from a UK start-up.  In it’s third incarnation, the Astro Slide, Planet Computers’ keyboard phones are still very popular and have a following around the world and I too remain an enthusiast, eagerly awaiting delivery of my Astro (I bought four of them, one of which will go in my own computer museum) as I write this.

In fact, a little side note for you.  Shortly before the Astro first launched for funding on Indiegogo, the man behind Planet Computers, Dr. Janko Mrsic-Flogel, told me that the device existed because I’d spent the previous two years asking him to make a keyboard phone of this type.

Keyboard phones will always remain niche products however, and this comes down to something I mentioned at the beginning of this article, price.  Smartphones are cheap and easy to produce because wherever you sell them around the world the hardware remains the same, with the keyboard being done in software. 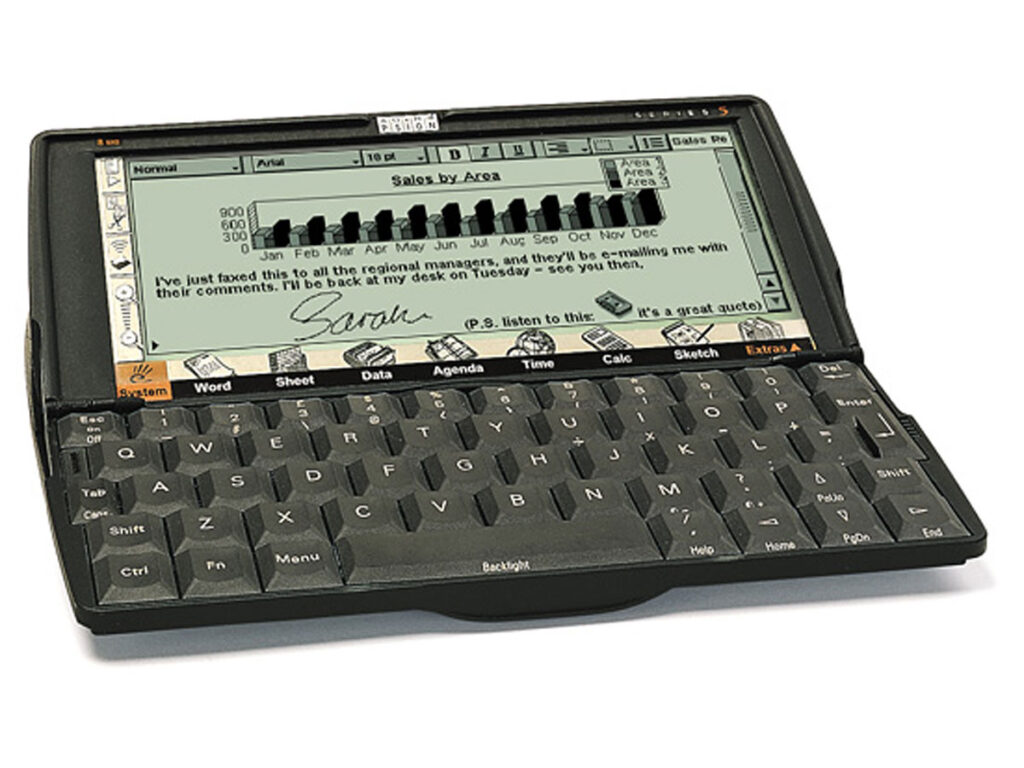 This all results in a typical keyboard phone being roughly double the price of an equivalent smartphone with the same internal hardware.  Most people can’t justify the additional cost, and then if they just consume content rather than create it there’s no value to be gained from having a keyboard anyway.  Let’s face it, Candy Crush, Netflix, and Instagram don’t require one.

For the people who do need a physical keyboard though they’re invaluable.  System administrators and programmers who need to write complex scripts simply cannot do so with an on-screen keyboard, and having to carry a laptop all the time, no matter how small and thin they’ve become, can be a pain. 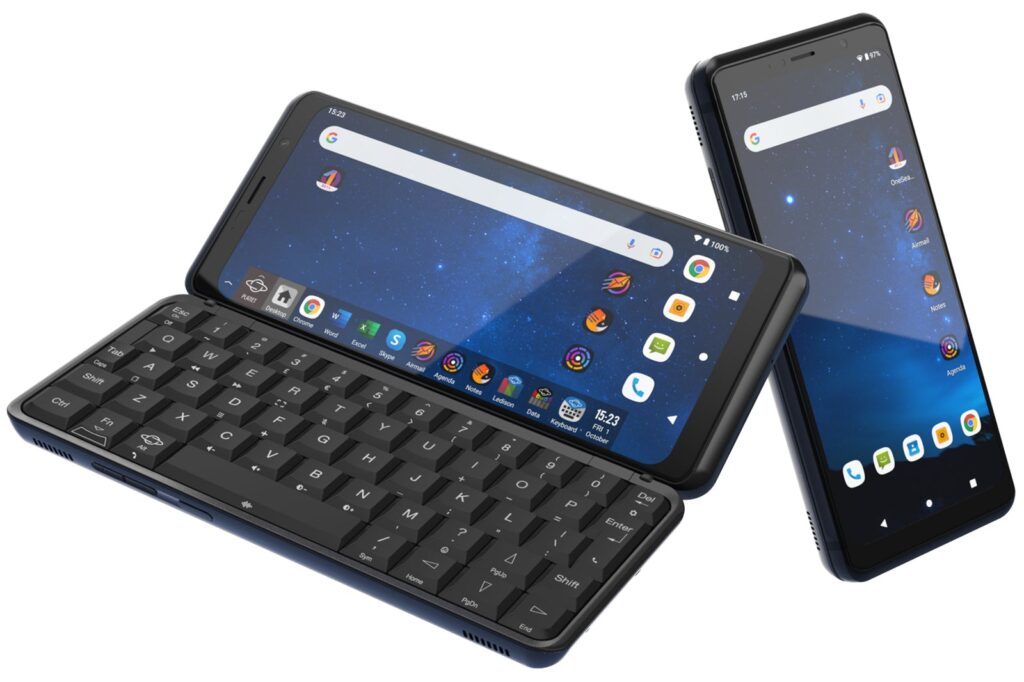 People who write and communicate on the move a lot, especially business people who used the Blackberry also find the keyboard invaluable for speed and accuracy.  There’s also big appeal for the people who don’t want to use the mainstream mobile operating systems, Google’s Android and Apple’s iOS, and would rather use one of the alternative, and excellent, Linux operating systems such as Sailfish, LineageOS or Ubuntu Touch, as almost all of the new generation of keyboard phones support them.

Then there’s perhaps the biggest and most important group, the fans.  People like myself just don’t get along with on-screen keyboards.  I didn’t like them when the first iPhone was released and I still don’t like them now.  So long live the keyboard phone, as they clearly press all the right buttons for me, and fortunately for a great many people around the world too.